Please fill-up all the required fields. 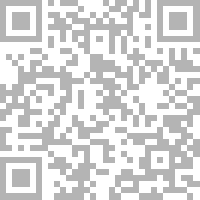 What is a QR Code?

QR code is a machine-readable optical label barcode first designed in 1994 for the automotive industry in Japan. The full form of QR Code is Quick Response code.

QR codes contain data in a machine visual way. We can store data like a website address or URL, product details, contact details or even normal text content also can be stored in a QR Code.  A QR code uses four standardized encoding modes like numeric, alphanumeric, byte/binary, and kanji to store data efficiently.

A QR code consists of black squares arranged in a square grid on a white background, which can be read by an imaging device such as a camera, and processed using Reed–Solomon error correction until the image can be appropriately interpreted. The required data is then extracted from patterns that are present in both horizontal and vertical components of the QR image.

The invention of the QR Code.

Before 1994 Japanese automobile company called Denso Wave, finding for a quick data entry system that can reduce their time in the car manufacturing unit and provide an error-free tracking system.

Starting from the Automobile industry, this QR code system is now the most popular machine-readable barcode system still today. In the 21st century, most of the smartphone has inbuilt QR code scanners. We are using our smartphone to scan QR Codes and converting it into some useful form.

QR code has become a focus of advertising strategy since it provides a way to access a brand’s website more quickly than by manually entering a URL. So it increases the conversion rate: the chance that contact with the advertisement will convert to a sale.

Although initially used to track parts in vehicle manufacturing, QR codes are used over a much wider range of applications. These include commercial tracking, entertainment, and transport ticketing, product and loyalty marketing, and in-store product labeling. They can also be used in storing personal information for use by organizations. An example of this is the Philippines National Bureau of Investigation (NBI) where NBI clearances now come with a QR code.

QR code payment – In the 21st century, payment with QR code system is a popular payment mode. This system uses QR code to store user’s payment identity details and by scanning this QR code other users can access those payment identity details to transfer money or receiving the money. Some popular companies that are using the QR Code as a payment mode are Paytm, Phonepe, Google Pay, etc.

QR codes are making waves in the small scale industry in every sector. Tent cards and bills include QR codes making it simple for a customer to make payments and it encourages for a cashless economy in China, India and other Asian countries that welcome QR codes.

By the popularity of the QR Code, now everyone wants to make their own QR code. Marketing with QR code and generating leads are way easier than the traditional marketing process. By a single scan, your targeted audience can have all the details of your business on their smartphone. Your website address to your local shop address all can be stored on a 3cm x 3cm QR Code image.

Now the question is if anyone wants to make a QR Code for his/her personal reason or business purpose, where did they go and how much money it needed?

In our QR Code Generator online tool, we are providing unlimited times of usage and an advanced customizable QR Code generator option with the features of changing the size of the QR code, changing the background and the primary color of the QR Code, etc.